March 2021 - starting a mass build of 3 CASA Aviojets from left-over kit parts. These will be the highest powered Aviojets yet, so some changes and reinforcements will be added compared to the usual build. This will include stronger tailplane/elevator assemblies and thicker control surface pushrods. These changes may be worthwhile for other builders to incorporate.

The inlet duct between F5 and F6 can be glued in position with hot-melt glue, which works really well. Note that scrap pieces of balsa attached to the front of F5, offset by 1/16" from the inner surface of the inlet duct, will help to correctly position the 1/16" balsa fuselage sides

Somehow, the Trailing Edge pieces have been left off some cut files. Apologies! This can easily be fixed by tracing the shape of the Trailing Edges from the wing plan to Sheet 9, or 10 or 11.(See arrows on photo).

We have added a 3mm carbon rod to the tailplane of one of our Aviojets (in the position shown by the blue line in the photo above) because some of the speeds attained by this model with upgraded power systems are a little bit scary! New builders may wish to do this, and for existing owners it is a simple retro-fit; just cut a 3mm slot across the tail and through the fin, glue the rod in with cyano, and cover again with a strip of iron-on covering.

A number of CASA Aviojet kits are being built in Spain, and for the benefit of all builders, included below are some of the questions that have arisen and their answers. We hope these may clarify some points relating to the construction of this model.

There is also a discussion group on the Spanish forum:


1. The aileron controls can be put on the top of wing if you like. We have found that the bottom position on the plans works fine, and looks better.


2. The 3mm thick tailplane can use cyano hinges, no problems. The attached photos show how  two CASA C-101s were done. True, the wood is thin, but it works. Alternatively, film or clear tape hinges may be used. 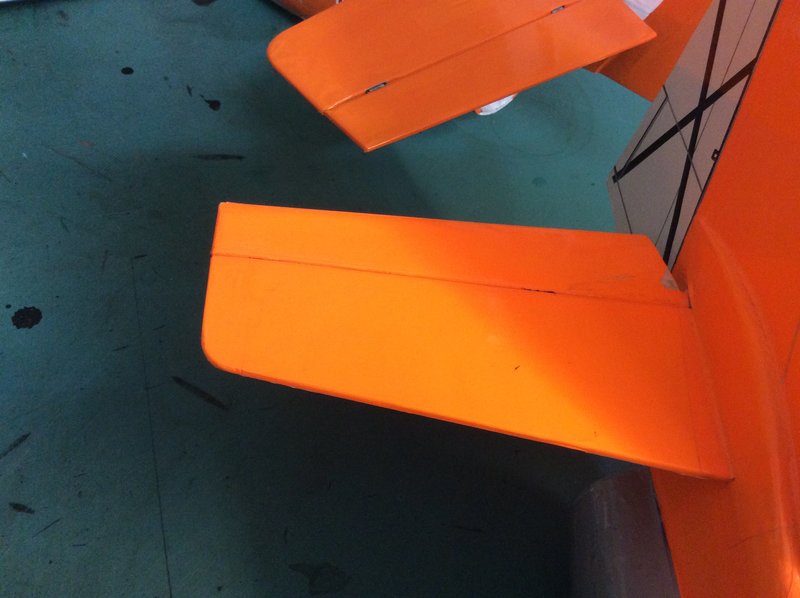 3. The installation of the inlet ducting may look a little bit confusing. However, because the duct is short there are not many aerodynamic losses. Therefore, provided the air can get from the outside to the inside all is OK!!!!

4.It  may be easier to assemble F9B earlier in the construction sequence, as suggested. 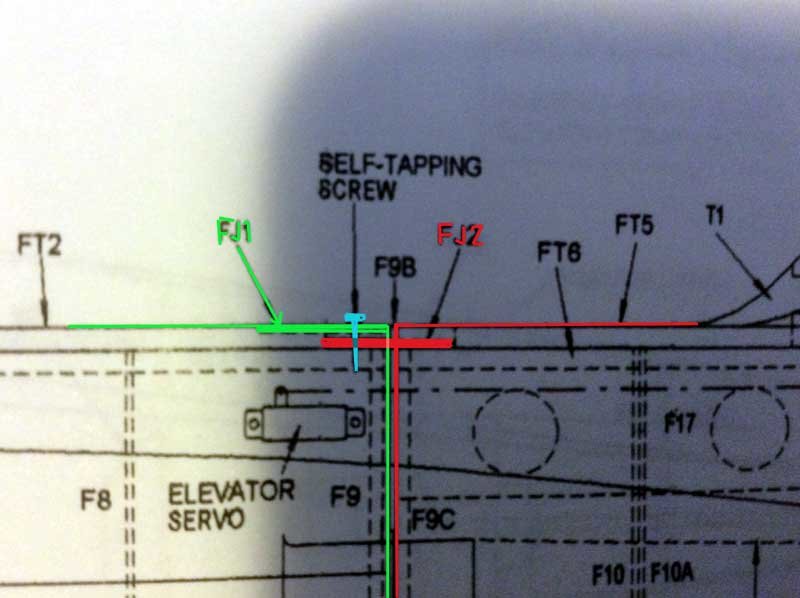 6.Below is another construction photo of the bare airframe which may show helpful detail. 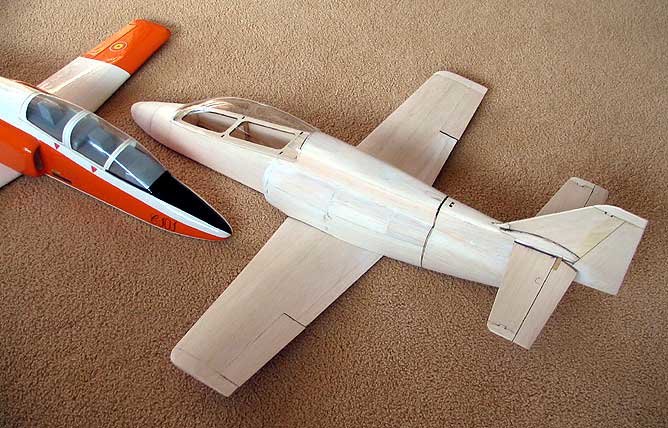 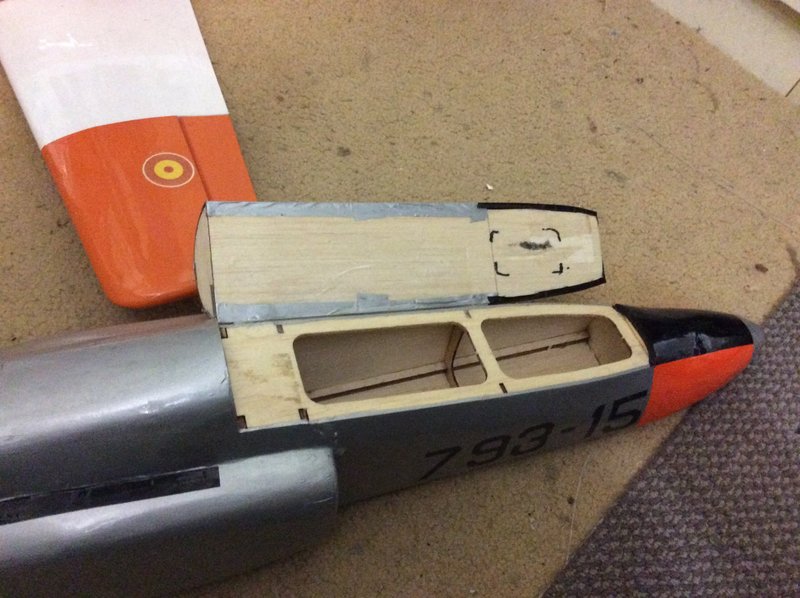 8.F12 is solid to provide rigidity during the assembly phase. It is hollowed after assembly to suit the tailpipe diameter appropriate to the chosen powerplant.

9. One of the photographs in the construction manual shows "F19". This part is replaced by sheet balsa in this new version of the kit, and so does not exist! Apologies for this error! 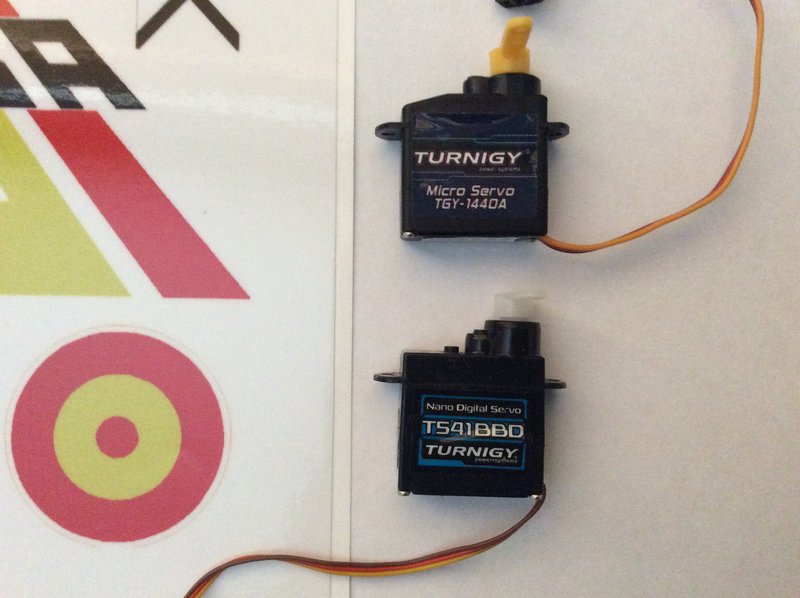 11. For those builders who may be familiar with the earlier version of the Aviojet from a decade ago,the ducting is very different .. There is a reason for this change.

The original ducts were OK with low power. Higher power caused too much turbulence and stopped the airflow reaching the EDF.

So now the inlet duct is very short (about 40mm) and works MUCH MUCH better!!!!

In larger EDF models complete ducting from front to back usually works best. However, in small EDF models this is not always true. Reynolds Number effects cause the boundary layer airflow to thicken and effectively choke the duct.

The photographs show the old and new ducting. 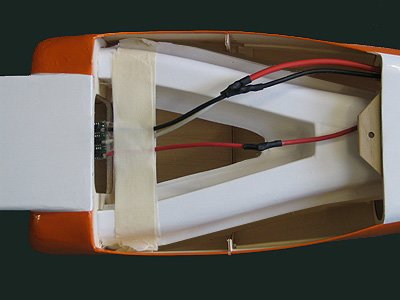 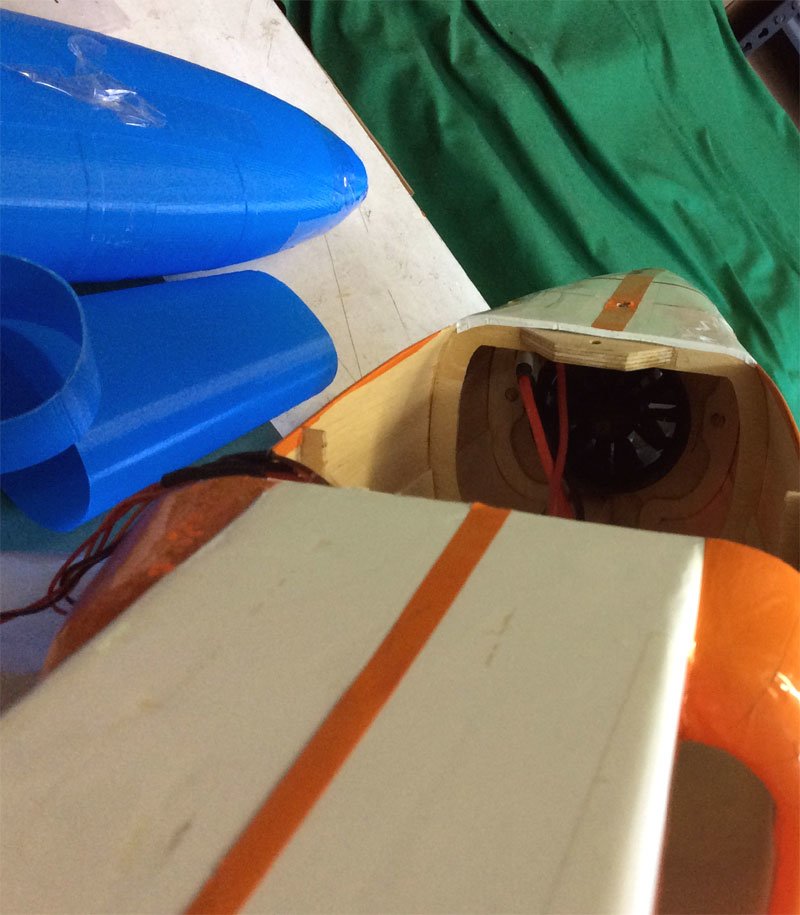 12.It would appear that a gremlin has crept into some of the laser cut files for the fin part T2 (see photo below). It should look like the part with the green tick, not the one with the red cross! If necessary, trim the lower edge of your part to look like the correct one. 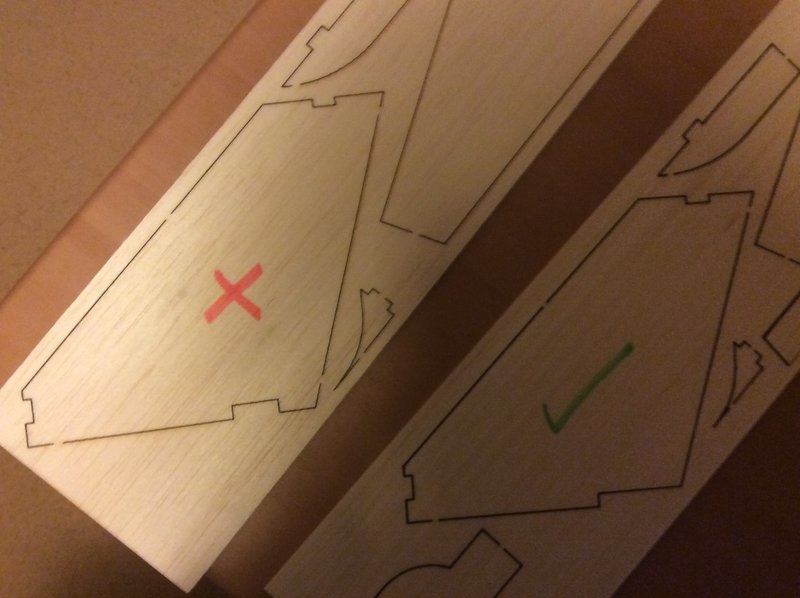 We hope this information is useful to all builders!